Two Wagner Books You Must Buy This Month 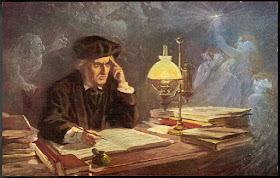 It has been a few years since two books about Wagner and his work have been published in the same month, it has been even longer since both were published by authors of a certain pedigree. However, we are pleased that this month is different.  First to be published is the long, long, awaited new book from Alex Ross:
Wagnerism: Art and Politics in the Shadow of Music 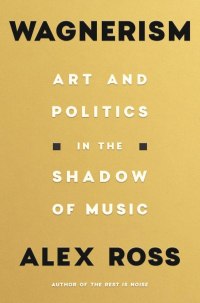 According to the author, this is a book that examines:
"For better or worse, Wagner is the most widely influential figure in the history of music. Around 1900, the phenomenon known as Wagnerism saturated European and American culture. Such colossal creations as The Ring of the Nibelung, Tristan und Isolde, and Parsifal were models of formal daring, mythmaking, erotic freedom, and mystical speculation. A mighty procession of writers, artists, and thinkers, including Charles Baudelaire, Virginia Woolf, Isadora Duncan, Wassily Kandinsky, and Luis Buñuel, felt his impact. Anarchists, occultists, feminists, and gay-rights pioneers saw him as a kindred spirit. Then Hitler incorporated Wagner into the soundtrack of Nazi Germany, and the composer came to be defined by his ferocious anti-Semitism. For some, his name is now synonymous with artistic evil.

Wagnerism restores the magnificent confusion of what it means to be a Wagnerian. A pandemonium of geniuses, madmen, charlatans, and prophets do battle over Wagner’s many-sided legacy. The narrative ranges across artistic disciplines, from the architecture of Louis Sullivan to the novels of Philip K. Dick, from the Zionist writings of Theodor Herzl to the civil-rights essays of W.E.B. Du Bois, from O Pioneers! to Apocalypse Now. In many ways, Wagnerism tells a tragic tale. An artist who might have rivalled Shakespeare in universal reach is implicated in an ideology of hate. Still, his shadow lingers over twenty-first-century culture, his mythic motifs coursing through superhero films and fantasy fiction. Neither apologia nor condemnation, Wagnerism is a work of intellectual passion, urging us toward a more honest idea of how art acts in the world."

As a side note, Ross has produced a free audio-visual resource to accompany this work. This is available free now and can be found at this link. Book published on 15/9/2020.

Next, we have the Mark Berry and Nicholas Vazsonyi edited:
The Cambridge Companion to Wagner's Der Ring des Nibelungen 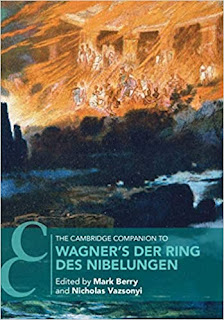 Again, according to the publishers, this is:

"The Companion is an essential, interdisciplinary tool for those both familiar and unfamiliar with Wagner's Ring. It opens with a concise introduction to both the composer and the Ring, introducing Wagner as a cultural figure, and giving a comprehensive overview of the work. Subsequent chapters, written by leading Wagner experts, focus on musical topics such as 'leitmotif', and structure, and provide a comprehensive set of character portraits, including leading players like Wotan, Brünnhilde, and Siegfried. Further chapters look to the mythological background of the work and the idea of the Bayreuth Festival, as well as critical reception of the Ring, its relationship to Nazism, and its impact on literature and popular culture, in turn offering new approaches to interpretation including gender, race and environmentalism. The volume ends with a history of notable stage productions from the world premiere in 1876 to the most recent stagings in Bayreuth and elsewhere."
The Wagnerian at 2:45:00 pm
Share
‹
›
Home
View web version