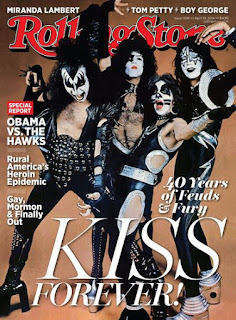 It's not that often Rolling Stone Magazine features Richard Wagner, but I think we can never recall it featuring a book about Wagner in its "Music Books Of The Year" round-up. However, this year sees Alex Ross' "Wagnerism: Art and Politics in the Shadow of Music" on that list.

Rolling Stone supported its inclusion with these words "Not an opera fan? Unfamiliar with the works of Richard Wagner? Not to worry. The New Yorker’s Alex Ross is one of the best music writers in the business, and his latest is a sweeping (operatic?) history of artistic culture in the West during Wagner’s life. The German composer and his music serve as the focal points around which Ross constructs a nuanced cultural history involving a constellation of bright artistic lights, from Nietzsche and Cézanne to Baudelaire. The author doesn’t neglect Wagner’s vocal anti-Semitism, weaving in a cogent discussion of the complex, often messy interplay between art and artist. This is a spirited history of music — and art in general — amid a particularly fertile historical period."

We waited a long time for Mr Ross' book but it seems even Rolling Stone thinks it was worth it. Well done Alex.

The full selection can be found here