How Wagner Influenced The "Club Scene" 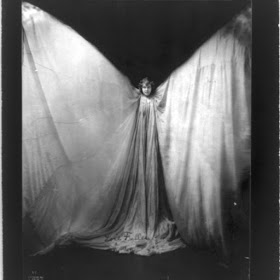 "Female performers made a significant contribution to the Cabaret Fledermaus, which opened in Vienna in 1907, as a realisation of the concept of the Gesamtkunstwerk (total work of art) proposed by the composer and theatre director Richard Wagner." 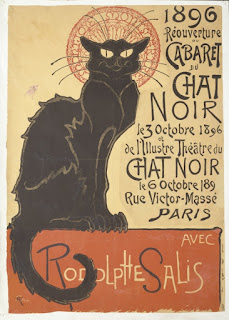 "Be modern" enjoined the sign over the entrance to the Chat Noir, the night club immortalised in its much parodied and reproduced poster, and an emblem of Parisian artistic and intellectual life in the Belle Époque.

Café culture had been at the heart of bohemian identity ever since the impressionists began gathering in the bars and cafes of Montmartre in the 1870s. By the early 20th century, 'artistic cabarets' - intimate spaces that provided artists with both a meeting place and a platform - were springing up in cities across Europe. 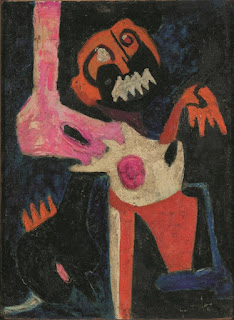 An exhibition at the Barbican art gallery celebrates these night clubs as the beating heart of the avant-garde, crucibles of modernity and artistic experimentation in Europe and beyond from the 1880s to the 1960s. 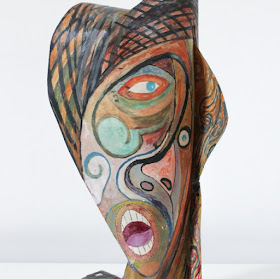 Unconstrained by traditional boundaries, the Chat Noir played host to every art form. Satire squarely aimed at the bourgeoisie, readings of experimental poetry, and absurdist plays, such as Alfred Jarry's Ubu Roi, 1896, in which actors took the role of puppets, took place in its dark and elaborately decorated interior, the walls hung with Japanese masks, antiques and pictures. It quickly became famous for its shadow theatres, which developed from a traditional form of family entertainment to something far more sophisticated, involving fabulous visual effects and integrating music and movement. Music was essential to the club's atmosphere, and Erik Satie was employed there as a pianist from 1887 to 1891, his fellow composer Claude Debussy a regular customer. 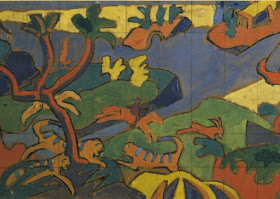 The club attracted many of the most significant painters of the day, including Paul Gauguin, Pierre Bonnard and Edouard Vuillard. Henri Toulouse-Lautrec would become synonymous with Montmartre's nightlife, and his poster designs capture its spirit in both content and medium. 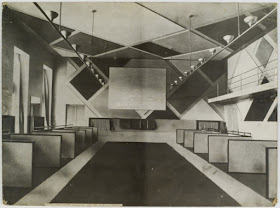 A letter to his mother from 1886 highlights the transgressive nature of the club scene, and he writes: "I'd like to tell you a little bit about what I'm doing, but it's so special, so 'outside the law'." 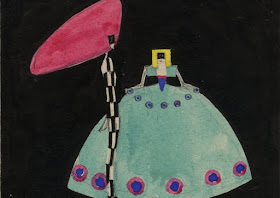 Continue Reading By Clicking This Link